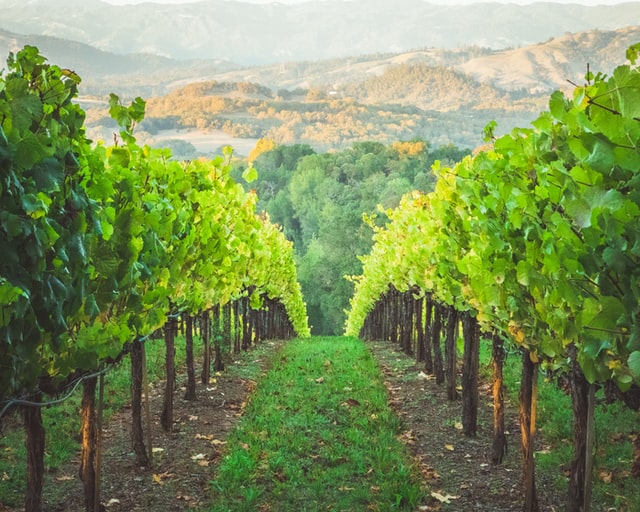 A portfolio of California wines would not be complete without a representative from Napa Valley, the state’s oldest and most prestigious AVA. The valley was first brought to the world stage at the Judgement of Paris in 1976, where it bested a multitude of prestigious French labels. The Mediterranean climate of the area is ideal for growing both Chardonnay and Cabernet Sauvignon. Today, Napa Valley is considered one of the world’s premiere wine regions and is home to over 500 wineries with over 43,000 acres of vineyards.

The city of Paso Robles has been deemed the “Wild West” of California wine, not only due to the fact that it was founded by outlaws, but also in its positioning as the next frontier of California wine. In the late 1960s/early 1970s, Dr Stanley Hoffman and Andre Tchelistcheff planted some of the regions first Cabernet Sauvignon grapes. In 1983, the Paso Robles AVA was established and quickly began to garner the attention of the wine world. Paso is known for its heat, which lends to high sugar content in grapes, making it the ideal region for late-ripening varietals, such as Cabernet Sauvignon. The cool nights that accompany the hot days, as well as the high pH of the diverse soils in the area, help to maintain the ideal level of acidity in the grapes. Paso Robles is California’s fastest growing AVA, now home to over 200 wineries and over 33,000 acres of vineyards. In 2013, Wine Enthusiast awarded Paso Robles the accolade of Wine Region of the Year.